Get Back Grandma – This Technology will make your Ankles Swell!

Once upon a lifetime, I worked at a company based in called Charybdis Ltd. We worked on a game called Machines – Wired for War published by Acclaim. I am still proud of that title. It was a really good game. 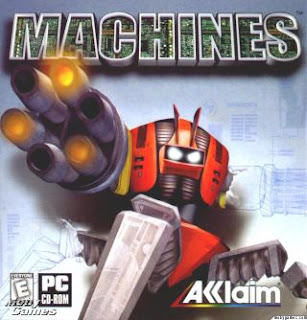 Anyway, the other day I came across some old print outs of some of the thousands of concepts I did for it. 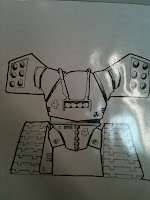 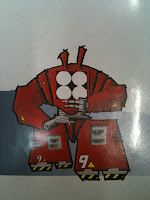 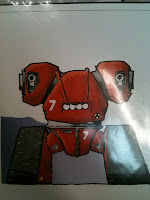 So I had to spend a lot of today in hospital having an old war wound in my leg prodded and poked and I took my baby laptop to keep me company. So I did a couple of ‘memory lane’ paintings to stave off having to talk to deaf, ill, old Dears whilst sat in waiting rooms. 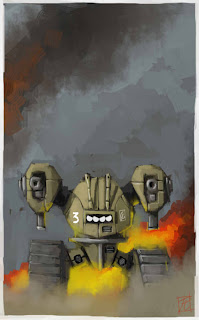 The paintings aren’t particularly any good and are a bit ‘boys & guns’ but I don’t really give a monkeys – I did them in hospital waiting rooms and I enjoyed doing them (mainly the backgrounds) - so there! The laptop kept the wrinklies at bay like a treat.
Thinking back, I ended up in hospital whilst working on the Machines game -Twice!
“His chips must be getting cold!”
- Intermediate Dad Joke No 3 (deployed on hearing emergency vehicle siren)